Why did you become a UX designer? 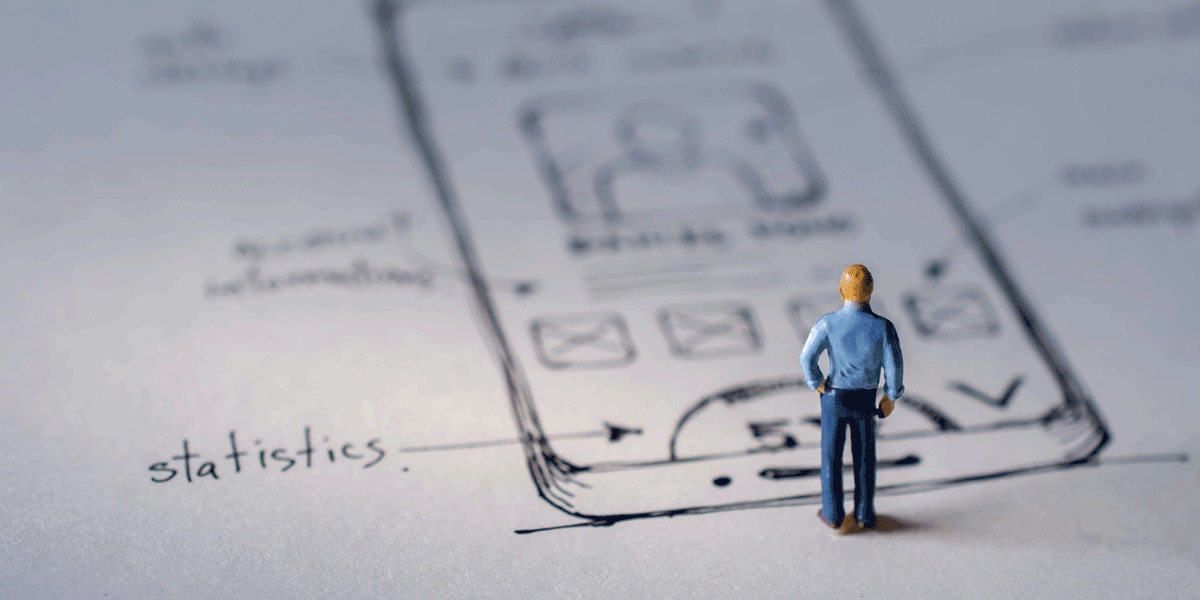 In this fast-paced society, it's easy to forget things like what you believe in and what you're doing this (whatever this may be) for. This article will not explore how UX design can enhance people's lives or how the industry will change and grow in the coming years but will focus on the reason that people chose UX design careers and remind you of your original intention to become a UX designer.

We hold a month-long online user interview and asked them the same question. Someone found talents they never thought they had and switched to UX designer. Someone found pleasure in solving problems. Someone found value and inspiration in UX…We collected the following content of the conversation for you to make you slow down and ask yourself as a UX beginner: Why did you become a UX designer?

Kinza Muzamil: "Because I feel like this is the field where I can express my creativity connected with some tech taste. I feel like I am meant to be a UX Designer."

Arohi Raut: "Because you get to deeply explain your own point of understanding and others follow you based on your explanation. That's close to the leadership."

Keith Grandt: "I am fascinated with psychology, design, and interaction and I love making things and perfecting them!"

Irvin Fong: "I love the complexity of designing the experience, which is guided by users and balanced with visual design, tech, and business needs. You have to look at the client-facing interface but also what supports the service behind the scenes. All the states, all the use cases, and the entire journey, even non-digital should be considered. Plus, it's useful (or should be). Mostly though, you get to ask why and see life through another's eyes, which can be so different from mine and each other. Translating all that to create an inclusive, useful, and delightful experience... wow!"

Nonhlanhla Onqobakonke Khumalo: "I'm not a UX designer yet, but I'm studying towards it. I'm in the research phase of my first project now and I just realized how valuable UX work is. I feel when someone says "I want to make a difference in someone's life" that person is saying "I want to be a UX designer". The impact of UX design is so real... And I love how enjoyable the work is. Doesn't feel like work at all..."

Bianca Schlenvogt: "On a sunny day two years ago after just getting laid off from work, my web developer boyfriend told me: "there's a job for people like you, problem-solving oriented and empath... you should look into that. it's called UX designer". So I looked into it. He was right."

Ernesto HeRah: "In the time we live now UX is probably one of the ultimate tools to make humanity survive if it's used in a right and correct way, together with UI of course. People don't know what they need, designers know what they need. Design has the power to change the world. It's time for designers to come to power!"

Dolly Lakkad Tekade: "I was a graphic designer and I had done almost everything from movie posters to hardcore packaging and advertising. Just when I started using mobile apps profusely I realized this could be a challenge to design. And before I knew I jumped right into UX Design. It came with a great learning curve and surprises too. Best decision ever. Feel empowered by what I do. Love UX."

Resamae Cabulang: "The passion for solving problems is the main reason.

Mari Garcia: I was an Executive Assistant and part of the job or the main part is finding solutions quickly and carry empathy along the way. I was tired of working for unethical executives and a colleague of mine suggested I look into UX/UI based on my skill set and the responsibilities I have done over the years. I watched some YouTube videos on what it was about and felt a light bulb turned on. Here I am a few months later having created an app on my own and I'm excited to continue on my journey. Wish me good luck."

Timo Silonsaari: "I didn't. I just was a banging graphic designer and people kept giving me UI/UX tasks. So now I do also this for a living."

Mohamed A. Vlan: "I love to work with interfaces and the puzzle of how to create easy to use products from complex ideas. Or simply I like to overthink."

Jason Goldstein: "I had worked in sales which I hated, but I constantly observed how staff and clients used the website and app and I would make suggestions for how to redesign it. I realized that was UX Design. The career looked interesting and the lifestyle looked good. I am glad I made the switch."

Riaa Moorthy: "To be honest, I came across the field of UX coincidentally. But I was really intrigued by the job scope because you had to be creative yet objective or data-driven at the same time. I saw the value of UX designing and how your solution could be used by other people and made me see the impact of my work."

Yuki Tsugaya: "I worked at a night club for 9 years when I lost my job. My partner said I should test doing UI/UX at his work because I'm good at organizing home with furniture so I should be a good UI/UX designer. Now I have worked for one year and started to study digital design at the university of applied sciences. I had never thought of working with the computer before. I love finding simple and better solutions for service and making it fine-looking."

Joana Natálio: "I actually wanted to be a psychologist growing up but something about technology and its ubiquitous qualities really drew my attention. It's a powerful vehicle through which I can advocate for human values and collective wellness. I went in wanting to fight dark UX, corporate misuse of mental models, and tech addiction."

Wilian Iralzabal: "Coming from a graphic design background here: Because design without validation isn't design. It's art. I stopped caring about my ego being validated and wanted to have the work be validated instead."

Akshay Mudakavi: "Curiousness makes the best of me."

Dev Vandal: "Because there are much crazy product designs that make your life painful, and I want to make a change."

Joshua Curtis: "I like being more connected to the business, especially with the "R" of R & D."

Shashwat Shukla: "Because I absolutely love the process. The process of figuring out problems and solving them. Even though I'm just getting started but it's so interesting. Finding out why someone made that decision all the things they might've considered, all the principles. It's really interesting and I'm looking forward to more learning."

Liss Lord: "I have always been creative... my role at the moment is working with UX design as part of my job description. The first time I heard about UX design when I asked my uncle if he has a dream job and he said that he works with some UX designers (he work in a bank) and that looks like it's interesting and fun... I never thought about it until I started a new job as a graphic designer and I went from a UI to a UI/UX designer. I love it because I'm very analytic and can see things from many perspectives... I also have taken some classes in psychology which I think is connected with the subject and after art and design that my absolute favorite topic."

Kylie Helton: "To add meaning to products! I have a background in anthropology and love UX because I get to build products built on the way people connect with technology and each other!"

Hana Stanojković: "I've always been into problem-solving, but through my first (and current) job after university as a Software Engineer, I learned I am far more interested and adept at the decision-making behind the requirements, and not the implementation of them.

I've since been learning and practicing UX and UI design for the past 2 years and am finally ready for my first design job.Plus, being organized and artistic all my life seems to be a bonus in this field.

Houcem Kabboudi: I am a developer and I got sick of mockups that don't make sense and that are just made to be made with zero research. So, since I did graphic design as a passive income in college, I decided to get involved in the UI/UX design process."

Christina Truong: "I like observing how people actually interact with the world and figuring out how to solve or hack their problems. I'm also a huge planner in general, so I love the research."

Certainly, someone told the truth realistically.

Shylesh Manohar: Money, what else?

Glassdoor estimates the average salary of a UX designer in the USA to be almost $104,843/year, as companies battle to hire the best.

Still, there's little doubt that we all had an illusion of saving the UX world. So, why did you become a UX designer?

Product-related questions? Contact Our Support Team to Get Quick Solution >

The 5 Principles of User Interface Design

Other popular Articles From Wondershare